GoDaddy to hire hundreds of veterans and military spouses

GoDaddy to hire hundreds of veterans and military spouses 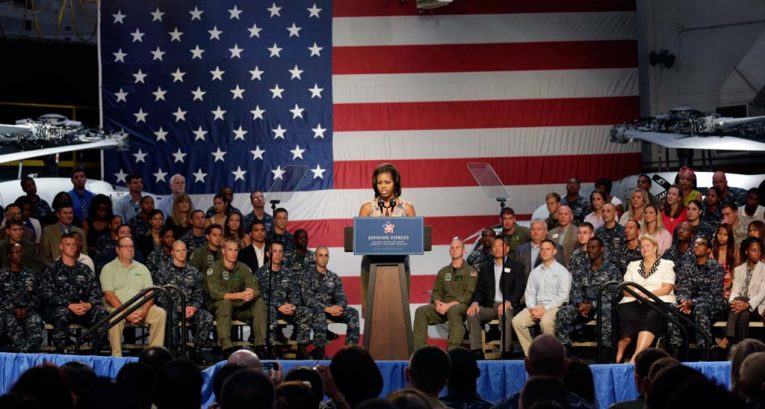 GoDaddy has announced that it will hire 500 military veterans or military spouses over the next five years. The announcement was made public by First Lady Michelle Obama during a ceremony in Washington as part of the Joining Forces initiative she launched back in 2011.

GoDaddy’s founder Bob Parsons is a decorated Vietnam veteran who served in the U.S. Marine Corps. In 1969, he served as a rifleman in the Delta Company of the 1st Battalion, 26th Marines, during a tour of duty in Vietnam, in the Quảng Nam Province. Unfortunately, during his service, he was wounded while on duty and was medically evacuated, spending two months at a naval hospital recovering. Bob Parsons earned the Combat Action Ribbon, Vietnam Gallantry Cross, and the Purple Heart.

In addition to hiring veterans, GoDaddy has donated more than $1.4 million to the Semper Fi Fund, which helps injured servicemen and women (qualifying post-9/11 Marines, Sailors, Soldiers, Airmen, Coast Guardsmen), including their families. The Semper Fi Fund was created by a group of Marine Corps spouses in early 2004, who help by providing the following financial, emotional, and other tiered support: