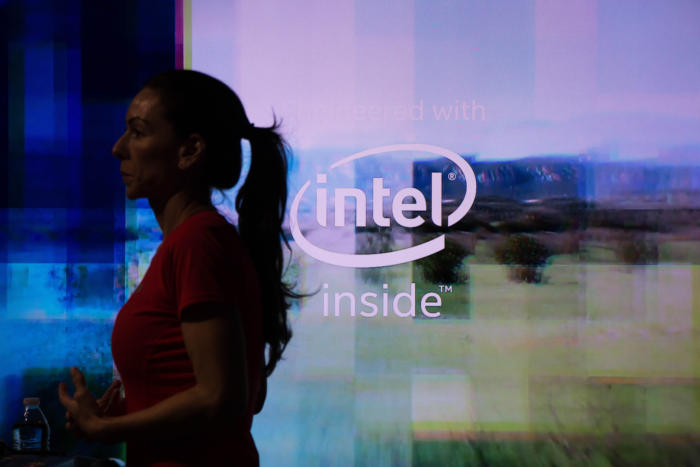 Intel realizes there will be a post-Moore’s Law era and is already investing in technologies to drive computing beyond today’s PCs and servers.

The chipmaker is “investing heavily” in quantum and neuromorphic computing, said Brian Krzanich, CEO of Intel, during a question-and-answer session at the company’s investor day on Thursday.

“We are investing in those edge type things that are way out there,” Krzanich said.

To give an idea of how far out these technologies are, Krzanich said his daughter would perhaps be running the company by then.

Researching in these technologies, which are still in their infancy, is something Intel has to do to survive for many more decades. Shrinking silicon chips and cramming more features into them is becoming difficult, and Intel is already having trouble in manufacturing smaller chips.

Smartphones, PCs, and other devices are getting smaller, faster and more power efficient thanks to Moore’s Law, a 1965 observation loosely stating that the number of transistors in a die area would double every two years, causing performance to double while driving down the cost of making chips.

Intel has been using Moore’s Law as a guiding star to make faster and smaller chips and reducing the price of devices. However, it is widely agreed that Moore’s Law is slowly dying, and Intel’s manufacturing struggles are growing.

For decades, Intel’s business has been heavily reliant on its ability to make and deliver chips. But the process is slowing down. Intel used to advance manufacturing processes every two years, and that has now changed to three to four years.

One way to resolve that crisis — which all chipmakers face — is to completely change the current computing model in PCs, smartphones, and servers. The current model — known as the Von Neumann approach — involves data being pushed to a processor, calculated, and sent back to memory. But storage and memory are becoming bottlenecks.

Intel has made some advances in quantum computing and neuromorphic chips. But Krzanich’s comments lend more credibility to the company’s push to look at a future beyond today’s computing models.

Some short-term answers can resolve the bottlenecks based on Von Neumann model, including Optane, Intel’s new form of super-fast memory and storage. It could unite SSDs and DRAM in systems, cutting one bottleneck. Intel is also embracing silicon photonics, which could resolve throughput issues in data centers. Both technologies have researched for more than a decade and are now practical.

The chipmaker has lived off the PC industry for decades but is now looking to grow in markets like data centers, the internet of things, automotive and high-performance computing. The new focus is bringing a gradual change to the way Intel makes chips. It’s similar to the 1970s, when different types of chips like vector processors and floating point arrays were crammed together for complex calculations.

GAs combining with CPUs in autonomous cars. Later this year, the company will release a chip called Lake Crest, which combines a Xeon server CPU with deep-learning chip technology it picked up through its Nervana Systems acquisition. Intel is also merging an FPGA inside an Intel Xeon chip to carry out machine learning tasks.

Intel is expecting a lot of data to be generated by sources like autonomous cars, which will need edge processing for tasks like image recognition, analysis, and map updates. Intel is pushing its wide roster of co-processors to the edge, and that is where the quantum and neuromorphic chips may fit.

Quantum computer research is also being done by other companies. D-Wave recently released a 2,000-qubit quantum computer based on quantum annealing, while IBM has a 5-bit quantum computer accessible via the cloud. IBM is also playing with brain-like chips and has benchmarked its TrueNorth chip, which has a million neurons and 256 million synapses.

Academic institutions like the University of Heidelberg in Germany, Stanford University, and the University of Manchester in the U.K. are also working on neuromorphic chips. HPE has shown a computer that emulates the human brain, and it intends to adapt ideas from that for servers.