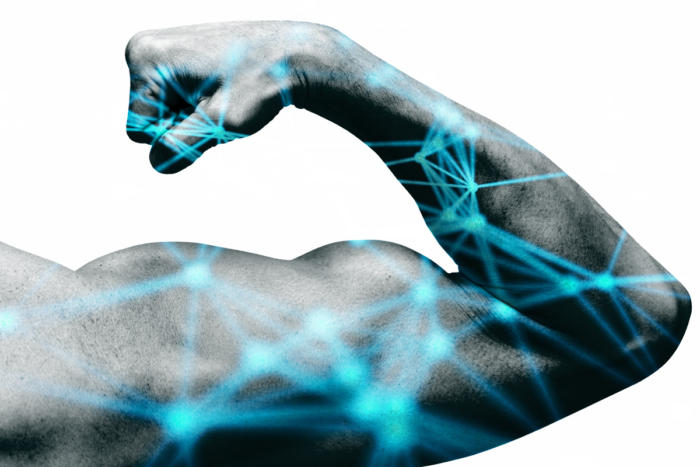 There is no shortage of vendors competing for business at every part of the enterprise network – every vertical, every size business, from the edge to the core. None are created equal, but a few have separated themselves from the pack to become the 10 most powerful.

This is Network World’s understanding of the most powerful enterprise networking companies, which we based on our own research, consultations with trusted industry analysts and the work of our in-house journalists. For our purposes, we thought of power mostly as market share in key areas of the enterprise networking marketplace – specifically core networking, monitoring and management, WLAN and the edge, though we did consider their technology bases and important market factors as well. Enjoy.

Why they’re here: It was ever thus – Cisco remains the biggest single player in enterprise networking, and it’s not particularly close. The company offers one-stop shopping for almost anything you could need for your network and ensures that its products play nicely with each other.

Sure, they might not play so nicely with other people’s gear, and some of the price tags might make your eyes water, but Cisco continues to have a strong, reliable technology base and is the company to beat in the most important areas of enterprise networking.

By the numbers: 60 – Cisco maintains a 60% market share in the routing and switching market, according to the most recent numbers from IDC.

Outlook: Cisco has challengers on many fronts, some of which address their particular parts of the network more effectively than Cisco does. But nobody can claim to offer the same breadth of solutions as enterprise networking’s 800-pound gorilla, and the future is still pretty bright for Cisco.

Why they’re here: Aruba is the biggest name that isn’t named Cisco in the wireless LAN space, and the only other company to occupy the “leaders” section of Gartner Research’s latest Magic Quadrant report for wired and wireless LAN infrastructure.

Aruba, acquired by HP months before the company split into two entities in late 2015, is now the wireless arm of HPE – former CEO Dominic Orr joked that Aruba actually acquired HP Networking, not the other way around. It accounts for about 20% of worldwide wireless revenue share, according to Gartner.

Recent power moves: Lately, Aruba’s been pushing into the core switching market, releasing new hardware to go with its ArubaOS-CX operating system, which it bills as an all-in-one solution for visibility and management for an increasingly IoT-heavy enterprise network.

By the numbers: 7.5 million – The company’s partnering with the Texas A&M Transportation Institute for a tracking and traffic-flow optimization project that will affect the College Station campus’s 7.5 million annual riders.

Outlook: The foray into the core switch market could radically affect Aruba’s trajectory, though its position in the WLAN market is unlikely to change as a result. Still, the recent news from IDC that the company’s market share shrank in its latest quarterly report, in a period where the global WLAN market grew, might be a cause for minor concern.

Why they’re here: Juniper is a perennial contender and one of two big-name foils to Cisco in the data-center networking sector. Their data-center solutions are nicely integrated, well-made and generally thought to play nicer than Cisco with third-party products.

Juniper was faster on the uptake than the competition was when it came to mesh networks and other next-gen network topologies, and the company’s software is particularly well-regarded, tending toward open frameworks that integrate smoothly with other parts of the network.

Recent power moves: The company hired a new CTO, former Googler Bikash Kolay, and announced that it had beat its earnings targets for Q2 of this year.

By the numbers: 3.5 – Juniper clawed out 3.5% annual growth in the switching and routing market in 2016, according to IDC.

Outlook: The company lost a small amount of market share in 2016, according to IDC, but its trajectory looks like an upward one, and analysts believe Juniper is well-positioned to succeed in the changing enterprise networking market.

Why they’re here: Huawei hits a lot of segments in the enterprise networking market, from core networking to WLAN to WAN. (It also makes approximately everything else, including smartphones and tablets.) The company’s presence in the U.S. has been a bit constrained thanks to questions about the security of its products and its relationship to the Chinese government, but there are no such constraints in many other markets around the globe.

Put simply, Huawei’s looking to become a Chinese Cisco. The company is second only to Cisco in core switching and routing market share, and in third place behind Cisco and HPE/Aruba in WLAN. So it certainly seems to be on the way.

Recent power moves: If the really important stuff like partnering with KFC to create a fried-chicken-themed phone, isn’t interesting to you, it’s worth noting that Huawei’s also making a push into AI thanks to its chipmaking holdings.

Outlook: It’s hard to pick against a company that’s trending up as sharply as Huawei across critical enterprise networking market segments. Huawei’s struggles to break into the lucrative U.S. market may not go away, but given its rate of success elsewhere, it may not matter that much.

Why they’re here: Arista is tightly focused on data center networking, and it’s one of the top companies in the world in that area. It’s the only company to share the “leaders” quadrant with Cisco in Gartner’s core routing and switching Magic Quadrant, and within that space, its offerings are diverse and flexible.

The elephant in Arista’s room, however, is a legal case for patent infringement brought against it by Cisco, which isn’t going well for Arista. It’s not going to put the company out of business or anything, but it’s a pretty serious stain on Arista’s public image and a headache for its product design.

Recent power moves: Arista’s latest releases – new (merchant silicon!) hardware in its R series and software upgrades – have been lauded as among the most capable on the market.

By the numbers: 33 – IDC says that the company’s been growing fast, to the tune of 33% in the core networking market over the course of 2016.

Outlook: A lot depends on the eventual fallout of Arista’s legal battle with Cisco. Like we said, the company’s been growing like a weed lately, but the courtroom setbacks are likely to slow that down significantly.

Why they’re here: Two main reasons. For one thing, there’s a good argument to be made that VMware’s virtualization and cloud products are some of the most important networking workloads out there, and that the company – owned since late 2016 by Dell/EMC – is therefore among the most influential in the enterprise networking sector.

However, with its NSX network virtualization product, VMware is also directly, not indirectly, a mover and shaker in software-defined networking. Compatible with most big-name hardware, NSX lets users manage multiple cloud environments from a single console.

NSX may have its detractors – plenty of ground-level network admins don’t like it, since it’s hard to “see” what’s happening in a virtual overlay – but it also has applications in security, and the user base could be set to grow.

Recent power moves: VMware extended its potential use cases for NSX in February by rolling out NSX-T 1.1, a version of the software that works with non-VMware cloud and virtualization environments.

Outlook: There’s something Cisco-esque about VMware, even if its ubiquity isn’t so focused on the enterprise network itself. Its core technology means that it’s going to be a company many networking pros will have to deal with for the foreseeable future.

Why they’re here: Riverbed, thanks in part to a years-long series of acquisitions and mergers, is the ruler of the roost for important secondary networking product areas – WAN optimization and application performance management in particular.

It’s been focused lately on integrating a diverse set of management and visibility tools into a coherent suite, and on broadening those capabilities into something more than a set of ancillary network tools.

By the numbers: 3.6 billion– Ever since a 2015 go-private deal in which equity firm Thoma Bravo bought Riverbed for about $3.6 billion, the company hasn’t been disclosing how much it paid for any of its numerous acquisitions.

Outlook: Riverbed’s move to do LAN along with WAN is ambitious, as is the company’s recent rhetoric, but it’s unproven in this new market, and only time will tell for sure.

Why they’re here: NetScout is a network performance monitoring and diagnostic company with a major presence in the large enterprise and service provider segments. It’s still going through some consolidation, given the 2015 deal that saw it combine with Fluke Networks, Arbor Networks and VSS Monitoring in a complicated not-actually-a-merger.

The combined company has a huge market presence in network performance monitoring and diagnostics (NPMD, and is one of the top vendors for hyperscale data centers. It’s one of just three leaders in Gartner’s most recent NPMD Magic Quadrant, despite the fact that it’s suing Gartner over a previous report. Networking pros like the ability to do root-cause analysis across multiple parts of the infrastructure and view historical data quickly to find problems.

Recent power moves: NetScout announced that it had reached a milestone in the integration of its real-time information platform with Arbor’s threat-analysis tool, strengthening its network monitoring and security capabilities.

By the numbers: 500 million+ – Gartner says NetScout has the biggest NPMD revenues of anybody in the market, between $500 million and $750 million per year.

Outlook: NetScout isn’t as much of a household name as some of the others on this list, but it’s a powerhouse company with a big user base and a lot of well-regarded tech. It still needs to make progress on integration, but the future looks pretty solid.

Why they’re here: The name makes it sound like a company that markets energy drinks, but Extreme Networks is suddenly a company with an impressively complete portfolio of enterprise networking offerings.

By the numbers: 100 million –Extreme paid $100 million for the just-closed acquisition of Avaya’s core networking business.

Outlook: Like several other companies on the list, Extreme is rolling the dice with a raft of high-profile acquisitions and a move toward taking a bigger bite out of the enterprise networking market.

Why they’re here: It’s a bit odd to refer to Dell, one of the most recognizable American tech brands, as an outsider, but here we are. Somewhat unusually for an older company, Dell’s recognized as a data-center networking “visionary” by Gartner’s latest Magic Quadrant report, a fact that has everything to do with the company’s welcome of open standards and highly interoperable hardware and software.

While the company’s hardware may not have the same reputation as some of its competitors’, the fact that a wide range of different software can be run on it means that there’s a great deal of flexibility – a strong value proposition for users looking to embrace more virtualized network technologies. Pretty good fit for a company that also technically owns VMware, although the latter firm still operates with a high degree of independence.

By the numbers: 67 billion –The company ponied up $67 billion for EMC, which still largely owns VMware.

Outlook: Dell’s using both its investments in VMware and its own open networking gear to offer an attractive option to companies that want to get into advanced technologies like hyperconverged infrastructure.