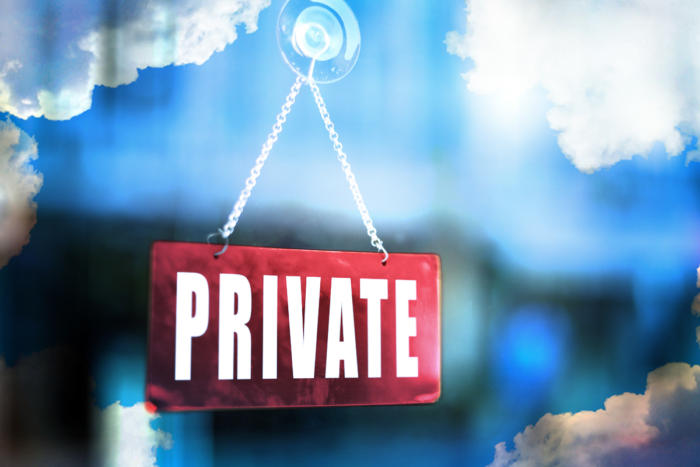 Private cloud is a well-defined term that government standards groups and the commercial cloud industry have pretty much agreed upon, and while some think its use is waning, recent analysis indicates that spending on private cloud is still growing at a breakneck pace.

A study by IDC projects that sales from private-cloud investment hit $4.6 billion in the second quarter of 2018 alone, which is a 28.2 percent increase from the same period in 2017.

So why are organizations attracted to private cloud?

What is a private cloud?

There are four types of cloud – public, community, hybrid, and private cloud, according to the National Institute for Standards and Technology.

NIST says that private cloud has some unique characteristics that set it apart from the rest: “The cloud infrastructure is provisioned for exclusive use by a single organization comprising multiple consumers (e.g., business units). It may be owned, managed, and operated by the organization, a third party, or some combination of them, and it may exist on or off premises.”

That’s what sets private cloud apart, but it also shares five characteristics with the other types of cloud, NIST says.

The first, on-demand self-service, means that end users can provision compute resources themselves without asking help from IT.

The second, broad access. requires that the resources in the cloud are accessible via most every type of device from workstations and laptops to tablets and phones.

The third, resource pooling, which makes for more overall efficient use of the compute resources, means various tenants share resources that are dynamically assigned over and over. In a private cloud this means that different divisions of an organization share resources, but they are exclusively available for just that organization. They are not shared with third parties as is the case with multi-tenancy services.

The fourth, rapid elasticity, enables ramping capacity up or down as needed and releasing resources for use by others when the need passes.

Finally, measured service insures that providers and users can measure how much of various resources – storage, processing, bandwidth, numbers of user accounts – are used so they can be allocated in a way that optimizes use of the resources.

Virtualization is just a part of private cloud

Virtualization technology allows organizations to pool and allocate resources, which are both part of NIST’s definition. But other qualities around self-service and the ability to scale those resources is needed for it to technically be considered a cloud environment.

A private cloud – compared to public or hybrid clouds – refers specifically to resources used by a single organization, or when an organization’s cloud-based resources are completely isolated.

One of the biggest misconceptions about private cloud is that the cloud will save money. It can and often does, but it doesn’t inherently do so.

The up-front costs can be considerable. For example, automation technology, an important part of a private-cloud network, can be a significant investment for many IT organizations. The result can be the ability to reallocate resources more efficiently, and it may allow some organizations to reduce their overall capital expenditures for new hardware, which can also save money. But overall savings are not assured.

Gartner analysts say the primary driving benefit of adopting a private cloud model should not be cost savings, but rather increased agility and dynamic scalability, which can improve time-to-market for businesses that make use the technology.

Private cloud can be in the public cloud

Many people associate private cloud with being located in an organization’s private, on-premises data center and public cloud as coming from a third-party service provider. But as NIST notes, while a private cloud may be owned, managed and operated by a private organization, it’s infrastructure may be located off premises.

Many providers sell off-premises private clouds, meaning that while the physical resources are located in a third-party facility, they are dedicated to a single customer. They are not shared, as they are in a public cloud, with multi-tenant pooling of resources among multiple customers.  “Private-cloud computing is defined by privacy, not location, ownership or management responsibility,” says Gartner analyst Tom Bittman.

When dealing with cloud providers, be wary of security definitions. Some vendors may, for example, outsource their data-center operations to a collocation facility where they might not dedicate hardware to each customer. Or they could pool resources among customers but say they guarantee privacy by separate them using VPNs. Investigate the details of off-premises private-cloud offerings, Bittman advises.

Private cloud is more than IaaS

Infrastructure as a service is a big reason for adopting private cloud architectures, but it’s by no means its only usefulness. Software and platform as a service are also important, although Bittman says IaaS is the fastest growing segment.

“IaaS only provides the lowest-level data-center resources in an easy-to-consume way, and doesn’t fundamentally change how IT is done,” he says. Platform as a service (PaaS) is where organizations can create customized applications built to run on cloud infrastructure. PaaS comes in public or private flavors as well, having the application development service hosted either in an on-premises data center or in a dedicated environment from a provider.

Private cloud is the natural first step toward a cloud network for many organizations. It provides access to the benefits of the cloud – agility, scalability, efficiency – without some of the security concerns, perceived or real, that come with using the public cloud. But Bittman predicts that as the cloud market continues to evolve, organizations will open to the idea of using public cloud resources. Service-level agreements and security precautions will mature and the impact of outages and downtime will be minimized.

Eventually, Gartner predicts,  the majority of private cloud deployments will become hybrid clouds, meaning they will leverage public cloud resources. Meaning your private cloud today, may be a hybrid cloud tomorrow. “By starting with a private cloud, IT is positioning itself as the broker of all services for the enterprise, whether they are private, public, hybrid or traditional,” Bittman says. “A private cloud that evolves to hybrid or even public could retain ownership of the self-service, and, therefore, the customer and the interface. This is a part of the vision for the future of IT that we call ‘hybrid IT.'”

When businesses move workloads and resources to the public cloud, then move it back to a private cloud or a non-cloud environment, that’s called cloud repatriation.

According to a 2017 survey by 451 Research, 39% of respondents said they moved at least some data or applications out of the public cloud, the top reason being performance and availability issues. A 451 blog about the research said many of the respondents’ reasons “matched the reasons we know businesses ultimately decide to shift to the public cloud in the first place.”

And it’s not that these IT decision makers were abandoning public cloud for private cloud. Rather it’s that cloud environments are constantly evolving for each organization, and that many have a hybrid cloud that incorporates both private and public cloud. A majority of 451s survey respondents (58%) said they are “moving toward a hybrid IT environment that leverages both on-premises systems and off-premises cloud/hosted resources in an integrated fashion.”