NEWS ANALYSIS: The use of blockchain’s digital ledger is a growing trend because it offers a new level of security in business transactions that wasn’t available previously. With security at the top of everybody’s list for finding new solutions fast, this idea has caused a lot of interest in a short period of time.

Most people—even seasoned IT professionals and industry observers—do not understand the 10-year-old concept of blockchain.

Because the main purpose of eWEEK throughout its 35 years of existence has been to inform, illuminate and instruct our readership, that’s what we’re going to do in this article. We’re also going to explain how a major IT corporation sees innovation in this new-gen sector.

The use of blockchain’s digital ledger is a growing trend because it offers a new level of security in business transactions that wasn’t available previously. With security at the top of everybody’s list for finding new solutions fast, this idea has caused a lot of interest in a short period of time.

The high-level is this: Blockchain is all about trust—namely, trust among vetted partners in business transactions. Blockchain is a type of data structure that enables identifying and tracking transactions digitally and sharing this information across a distributed network of computers, creating a trusted network.

The distributed ledger technology offered by blockchain provides a transparent and secure means for tracking the ownership and transfer of assets. Nobody can hide anything in a blockchain; if you try, you’ll lose credibility, and out you will go.

Blockchain originally was designed to be the underlying peer-to-peer network support structure for transactions made in Bitcoin or another cryptocurrency. Constantly growing as “completed” blocks (the most recent transactions) are recorded and added to it in chronological order, a blockchain allows market participants to keep track of digital currency transactions without central recordkeeping. Each node (a computer connected to the network) gets a copy of the blockchain, which is downloaded automatically.

Bitcoin is a type of unregulated digital currency that was first created by Satoshi Nakamoto in 2008. It was launched with the intention to bypass government currency controls and simplify online transactions by getting rid of third-party payment processing intermediaries. Of course, accomplishing this required more than just the money itself. There had to be a secure way to make transactions with the cryptocurrency—thus, blockchain.

Blockchain Being Used in Growing Set of Use Cases

Blockchains are now being used in a growing set of commercial applications. It is possible to digitize, code and insert practically any document into the blockchain. In doing this, it creates an indelible record; in addition, the record’s authenticity can be verified by the entire community using the blockchain instead of a single centralized authority.

For years, blockchain was known only to a few developers. Gradually the groundswell began to grow, and by the end of 2017, the hype cycle reached the zenith. Despite the hype, blockchain brings important capabilities to the tech world. It provides an elegant architecture to programmatically share trust across the participants of a blockchain network.

In the remainder of this eWEEK article, Anant Kadiyala, Director of Blockchain and IoT Industry Solutions at Oracle, offers his take on how blockchains are expected to grow this year. Kadiyala has been working on blockchain since early 2016 and brings deep understanding of the technology, business and economics of blockchains.

Enterprises will see a need for blockchain strategies: Every new major technological breakthrough brings a shift of business dynamics. In the mid-to-late ‘90s, companies sought to take advantage of the online channel. After the advent of the iPhone, companies launched mobile-first strategies. When cloud computing took shape, companies began to formulate cloud strategy.

2017 was really the year that put blockchain on the map and on people’s lips. 2018 is expected to be the year when blockchain technology will find traction in the enterprise. In verticals such as supply chain, logistics, retail, manufacturing, public sector and banking, companies have been actively exploring blockchains to fight fraud, eliminate waste, gain better visibility and optimize business operations.

Tokenized compensation will find its way into the enterprise: The dotcom era popularized the concept of equity-based compensation for employees. This successful model attracted talent and fostered innovation.

In the blockchain era, foresighted companies are looking to experiment with token based compensation models for employees and contractors. Tokenized companies use blockchain to precisely measure, incentivize, manage, and compensate stakeholder contributions.

In 2018, the first Fortune 1000 company will start experimenting with tokenization.

The self-sovereign identity concept is about putting the control back in users’ hands. Public blockchains offer decentralized root-of-trust not controlled by any entity, but which everyone can use. They offer portability of identity for people, things and organizations.

As blockchains are maturing and gaining adoption, 2018 will be the year when self-sovereign identity will begin to find its traction in multiple business and public sector realms.

Prunable blockchains will emerge: Today’s blockchains are immutable. Therefore, old and expired transactions cannot be removed or archived. While immutability lends certain strengths, it also creates obvious challenges in the long run. It would be necessary to be able to prune the blockchains and selectively archive transactions.

In 2018 we will begin to see such blockchain optimizations. We’ll keep close tabs on creative use cases here in eWEEKthrough our IT Science series.

IoT and blockchain will see more use cases: IoT and Blockchain are like chocolate and peanut butter. IoT instruments measures and monitors devices, providing tracking ability). Blockchains store and share pertinent device data that needs to be verified by, or visible to, all the nodes in the network. This combination will unleash a new class of transparency based, (near) real-time, dynamic business models and value-propositions.

In 2018, such use cases will begin to emerge in variety of B2B and B2C settings.

Supply chains will use blockchains to fight fraud, minimize waste and improve transparency: Despite progress in supply chain operations over the years, incidents of fraud, waste, untraceable items, unexpected delays, and other challenges plague most supply chains. In addition, industries like food and pharmaceuticals use temperature controlled transportation and storage, adding to complexity.

Blockchains are a good technological fit that offers transparency, traceability and non-repudiation for the chain of events. When dovetailed with IoT, blockchains are slated to transform supply chain as we know it.

Given these business imperatives, advantages, and value, 2018 will be the year supply chains will use blockchains to fight fraud, waste and transparency issues.

Given the value this paradigm unlocks, in 2018 we will see companies talking and piloting tokenizedassets. On that note, there are other good use cases where cryptoeconomic models make sense in the enterprise. However, the tooling and support systems need to fall in place before enterprises can truly leverage the power of these models. 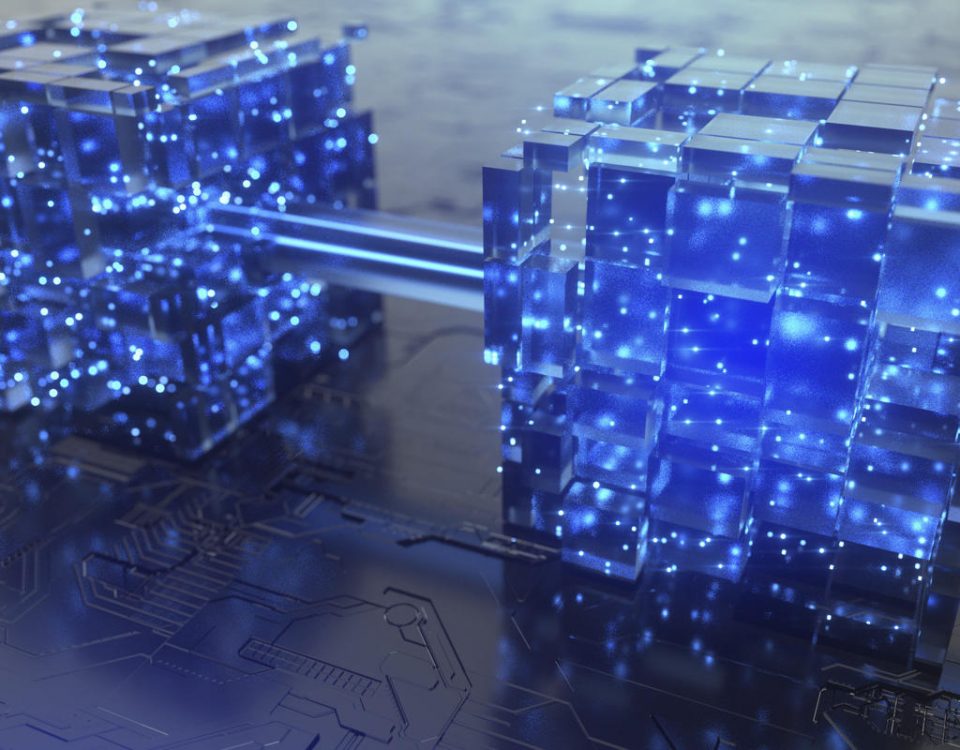